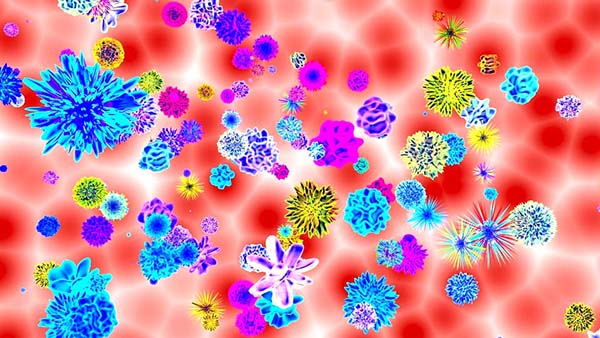 Sixteen cases were reported from Solan, seven each from Kangra and Una, five from Sirmaur, two from Shimla and one each from Kullu, Hamirpur and Mandi, Additional Chief Secretary (Health) RD Dhiman said.

Nineteen more patients have recovered from the infection in the last 24 hours, he said. Eight patients recovered in Una, three each in Kangra and Mandi, two each in Shimla and Bilaspur, and one in Chamba.

The virus has claimed 10 lives in Himachal Pradesh so far. A total of 1,030 people have recovered and 15 migrated out of the state, according to an official data.

The number of active COVID-19 cases in the state now stands at 401, Dhiman said.

In Kangra, three members of a family in Noun village, two army and a CAPF personnel in Harot village are among the fresh COVID-19 cases, Deputy Commissioner Rakesh Prajapati said.

The three members of the family who tested positive in Noun village included a 28-year-old woman and her 24-year-old brother, he said.

The 52-year-old CAPF jawan who contacted the infection had returned from Chattisgarh’s Kanker on July 13, he said.

In Kullu, a 24-year-old man, who returned from Saharanpur in Uttar Pradesh, tested positive for the novel coronavirus, Superintendent of Police Gaurav Singh said, adding that he was institutionally quarantined.

In Mandi, a 28-year-old labourer from Bihar tested positive for coronavirus, a district official said.

The Indian Coffee House in Shimla has been closed till further orders after one of its employees skipped COVID-19 testing and quarantine after returning from Delhi in an unauthorised manner on Saturday, an official said.

The employee arrived here from Delhi, a COVID-19 red zone, on Saturday and reached the coffee house’s kitchen, a Shimla district official said.

The manager of the Indian Coffee House asked the employee to get himself quarantined and tested for the novel coronavirus before joining duty, but he allegedly refused to do so, he said.

The police were informed and subsequently, the employee was institutionally quarantined and an FIR was also registered against him, the official said.

His samples have been sent for COVID-19 testing, he added.

The employee reached Shimla from Delhi in an unauthorised manner by dodging police at the Parwanoo barrier, the official said.

Members of the coffee house staff who came in contact with him have also been quarantined, the official said.

The Indian Coffee House, located in the heart of Shimla city, has hosted several personalities and prominent leaders, including Prime Minister Narendra Modi, who visited it in 2017.

Solan has the highest number of active cases in the state at 171, followed by 37 each in Una and Kangra, 25 in Shimla, 22 in Chamba, 18 each in Bilaspur, Kinnaur and Sirmaur, 13 each in Mandi and Kullu and 11 in Hamirpur, Dhiman said. — PTI